This deep-fried fish was perfection plus

Very occasionally I order a dish that turns out to be so totally perfect I think no cook anywhere will ever equal it - let alone beat it. It happened just two weeks ago at Sa Ronda in Avda Argentina when some deep-fried mussola nuggets were much superior to anything I’ve ever eaten.

It was one of those days when everything clicked for the cook and absolutely nothing went even slightly awry. It was all so memorable I could hardly believe it.

I wrote about mussola on the Wednesday pages at the end of December, when I explained it is a smallish member of the shark family, the Squaliformes, that is called mussola in Mallorca, cazón in Andalusia and smooth hound in England.

Although Mallorcans are very fond of mussola you seldom see it on restaurant menus, but it is often available at bars specialising in Andalusian tapas. Nuggets of it are usually coated in very fine chickpea flour and deep-fried in the best Andalusian manner. And it is usually superb…but not in the same class as Sa Ronda’s.

What made this version so splendid was that every little step involved in the cooking of this dish worked beautifully. The fish was subtly marinated with just the right degree of mixed herbs and acidic flavours, the cooking time was spot on, the texture of the fish perfectly smooth (one of the reasons it is called smooth hound in English) and it helped tremendously that the mussola chunks came straight from the deep fryer to the table, so they were burning hot.

There was something else that made this version absolutely the best ever: the flour coating. It wasn’t the usual one with a chickpea flour base, and it wasn’t a batter or even a water-and-flour paste.

It was a coating I first came across about 10 years ago done by a cook called Pilar who had worked at the Can Pinyol restaurant in Calle Anibal before opening a place in Calle Fábrica with her partner and son.

She did her calamares a la romana (batter-fried rings of squid) in a coating that was like a damp flour. It wasn’t wet enough to be a paste, but it was moist enough to stick to the squid rings and form a roughish, dry and crisp coating that was superb for squid and little fillets of fish. Pilar’s highly successful coating was soon being copied by restaurant cooks all over Palma, but most of them eventually stopped doing it, and Pilar moved to another restaurant out Arenal way and I lost touch with her and her cooking.

But I thought of Pilar as soon as I took the first bite of a Sa Ronda nugget of mussola and realised that this was even superior to what she was doing in Calle Fábrica all those years ago. 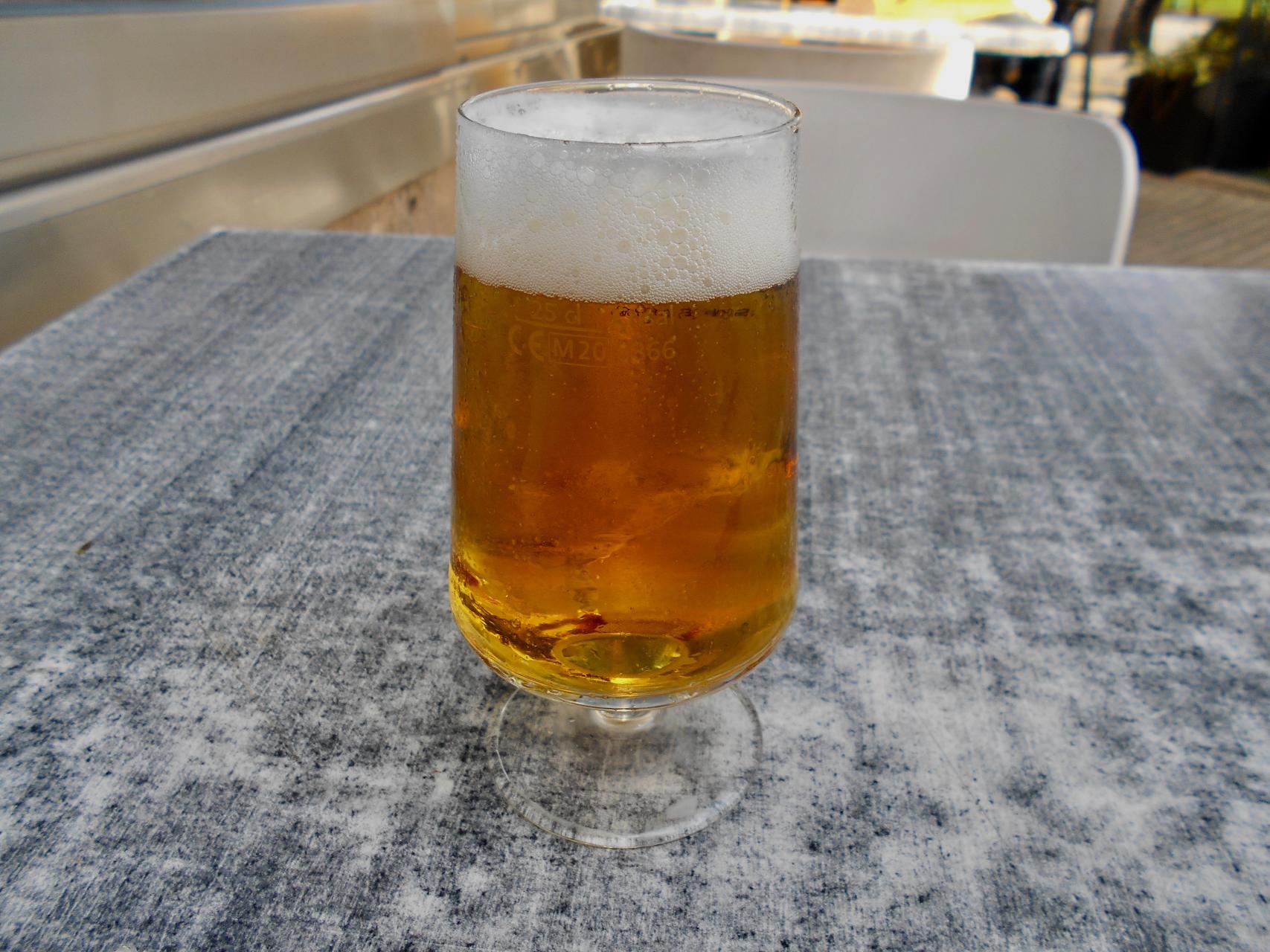 I’ve tried this coating on fish fillets and short strips of cuttlefish and it’s not as easy to achieve as it sounds. The difficult part is getting the correct amount of moisture: if there’s too much, then it’s a paste and it doesn’t work — and if there’s too little then the coating doesn’t stick.

It’s one of those dishes of which one can say ‘Practice makes perfect.’ One of the cooks at Sa Ronda has obviously been practising like mad and his mussola coating is worth a perfect 10…and a great deal more.

Paella was badly served but it was ever so good

The serving of a paella in a restaurant is part of the fun of ordering one. There is a bit of a ritual involved. The waiter brings the paella in its round pan and holds it up at an angle so everyone can see the surface, especially when it’s a well adorned with mussels, gambas and other shellfish. He then puts it on a side table and starts to serve it. 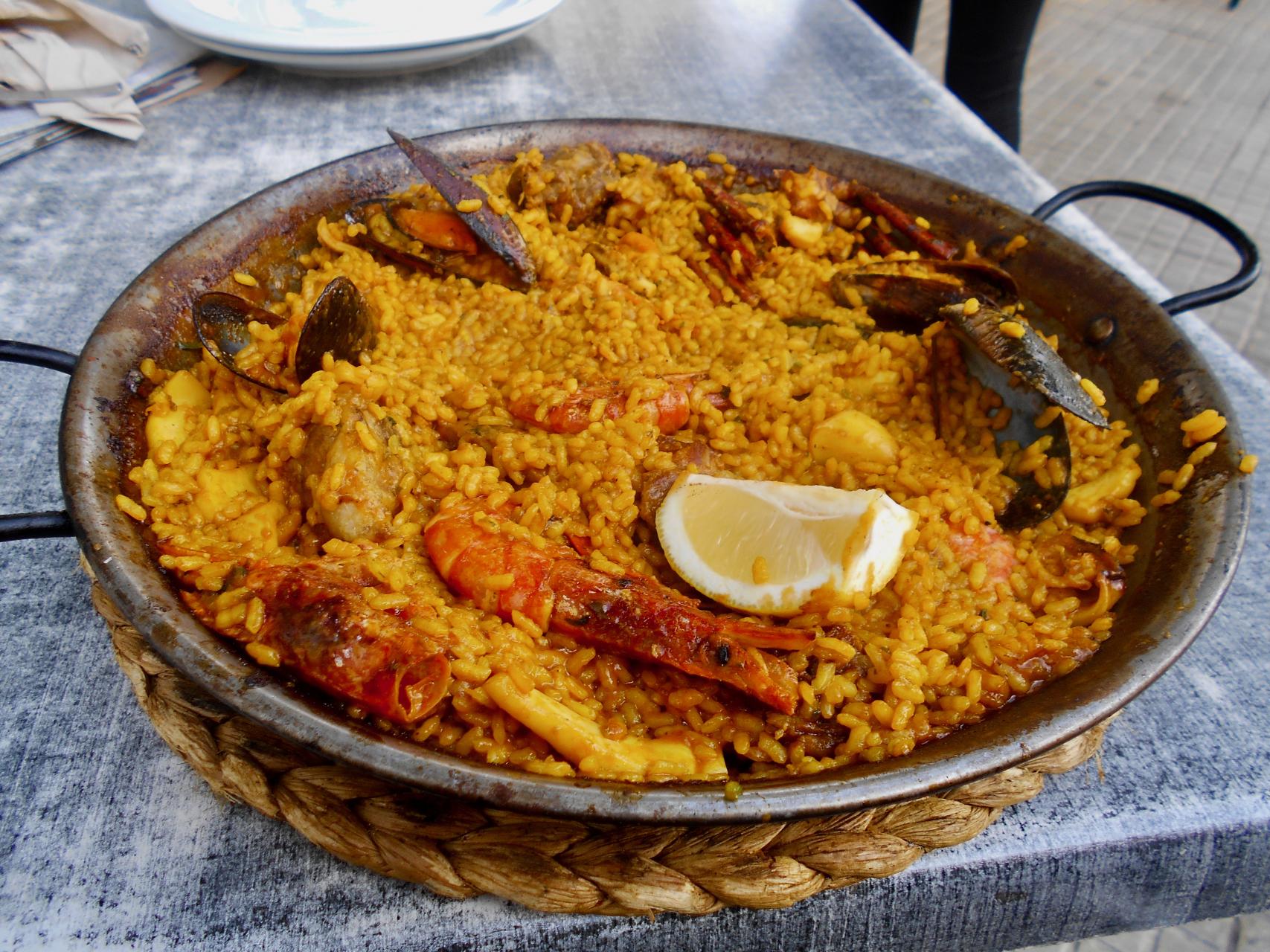 Trio of pastas was so delish

In Madrid in the old days there was another bit of paella theatrics: two waiters would each take one of the paella pan handles and then rapidly turn it over — without spilling a single grain of rice or even losing a mussel or a gamba.

The idea was to show the customers that the paella was perfectly dried off on the top and everything was clinging safely to the sides of the pan. I have never seen that done in Palma and I don’t want to — especially with my paella.

But we’ll never see such a dramatic paella performance at Sa Ronda because their paellas are done with a deliberate smallish amount of liquid round the sides of the paella pan.

The reason for this method is that as soon as the waiter has shown the paella to the diners, he immediately ploughs up the contents of the pan so that the rice and all the bits and bobs are lubricated with the excess liquid. This produces a lovely succulence that is the hallmark of Sa Ronda’s paellas. 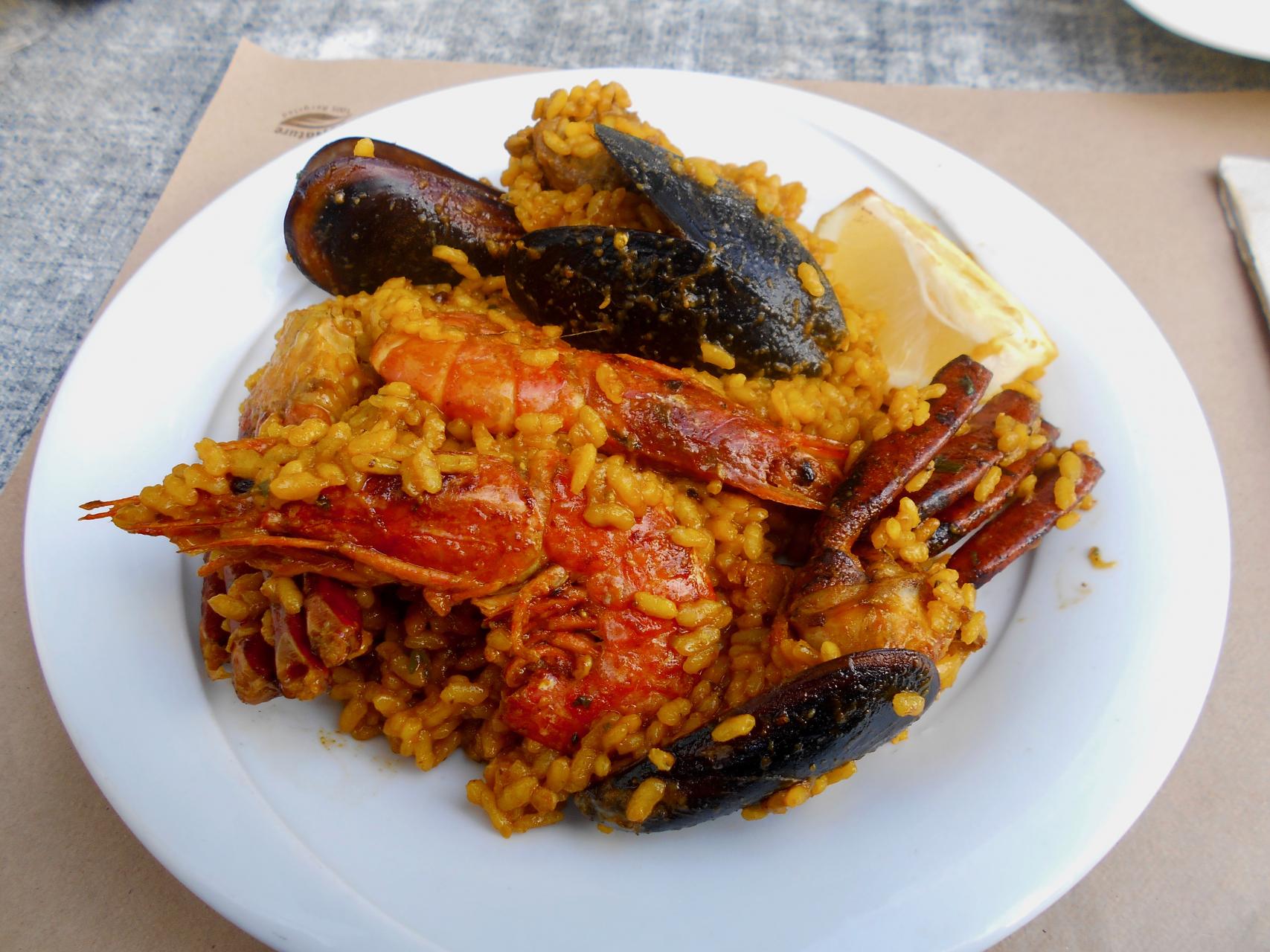 But we didn’t get to see what the paella looked like. It was a busy day and the waitress misheard instructions and took our paella to another table and started to serve it before she realised her mistake.

The poor girl came rushing over to our table with a plate of paella in one hand and the paella pan in the other. But, of course, I needed a picture of the paella in the pan.
So I got her to tip the paella on the plate back into the pan and to rearrange things so that I could get some kind of a picture. As you can see, it wasn’t a very good one.

But despite all that mix-up (in the literal as well as the metaphorical sense) the paella was ever so good. There was plenty of seafood and the large gambas were succulent and with a great shellfish taste.

And, as always with a paella at Sa Ronda, there was lots of rice and it was beautifully cooked. The cooks here are well aware that paella is mainly about rice — and that’s exactly how it should be.

Sa Ronda is one of the busiest restaurants in town and most of their Spanish regional dishes are top rate and worth trying. They have a good list of tapas, so this is a good place for a group of four or six to order from the tapas menu and enjoy a rich choice of little dishes. Whatever you do, you must order their dish of deep-fried cazón en adobo, nuggets of a marinated fish (one of the shark family) that is called smooth hound in England.

Sa Ronda’s version was especially memorable because of the damp flour coating that gave a rough and crisp finish that is easily the best I have ever come across. They came straight from the deep fryer and were perfect in every way, which was why they were awarded a 10 plus.

Sa Ronda do very nice paellas and ours had plenty of shellfish but the waitress took it to the wrong table and started to mix it up and serve it before she realised her mistake. However, it still had the very splendid taste we associate with Sa Ronda paellas.

Restaurante Sa Ronda, Avda Argentina 37, Palma. Tel:871-716498. Check for closing day. This restaurant has an enormous regular clientele and it fills up every day. You should always reserve a table or get there by 1pm or after 3pm.