A bout seven years ago the Blockhouse menu was announcing pink lamb in the French style. I went in to get the cook to guarantee the lamb would be well and truly pink. So often in the past, pink has been promised, but wasn’t delivered.

When I went into the empty restaurant around mid-day a woman approached. She had short dark hair that was kind of curly. I said I would like to speak to the cook. The woman said firmly (but nicely) that I could talk to her and she’d talk to the cook.

I immediately realised she must be the manager, so I told her about wanting a guarantee that the lamb would be pink in the French style. And I added firmly (but nicely) that if it weren’t so, I’d reject it.

“I guarantee it will be as pink as you want it to be,” she said with a smile, holding out her right hand so we could shake on it. We shook on it.

At that moment the cook was passing nearby and she called him over to say she wouldn’t be on duty that night, so she was telling him now that this gentleman wanted very pink lamb and if it wasn’t pink enough the first time he had to do it a second time…and a third time if necessary. “This customer must have very pink lamb,” she insisted. I was most impressed. That’s what I call good service. 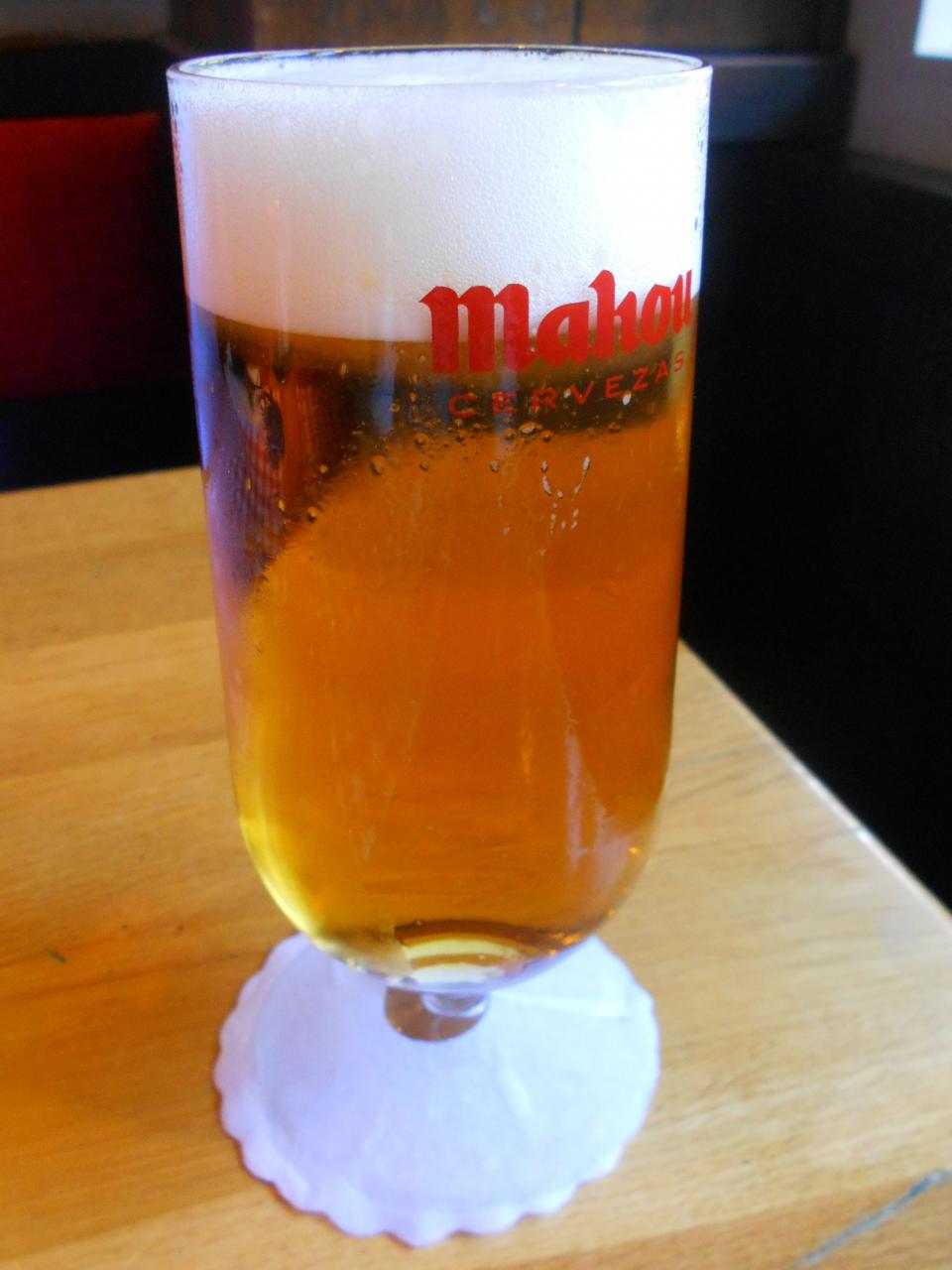 There was no need to do the lamb even a second time because the cook was spot with the first piece: I ate the best pink lamb I have ever had in a restaurant.

I was in Blockhouse on Monday to book a table for Wednesday. A new manager approached, this time with sandy coloured hair that was very straight and half way towards the shoulders. I told her I wanted to ensure they’d have T-bones on Wednesday.

“We always have them,” she said, “but if for some reason we were out of them, I’d get one from our other restaurant.”

When she took our order on Wednesday I asked for the T-bone to be served on a plate without any garnish and I stressed once again that it had to be grilled very rare. 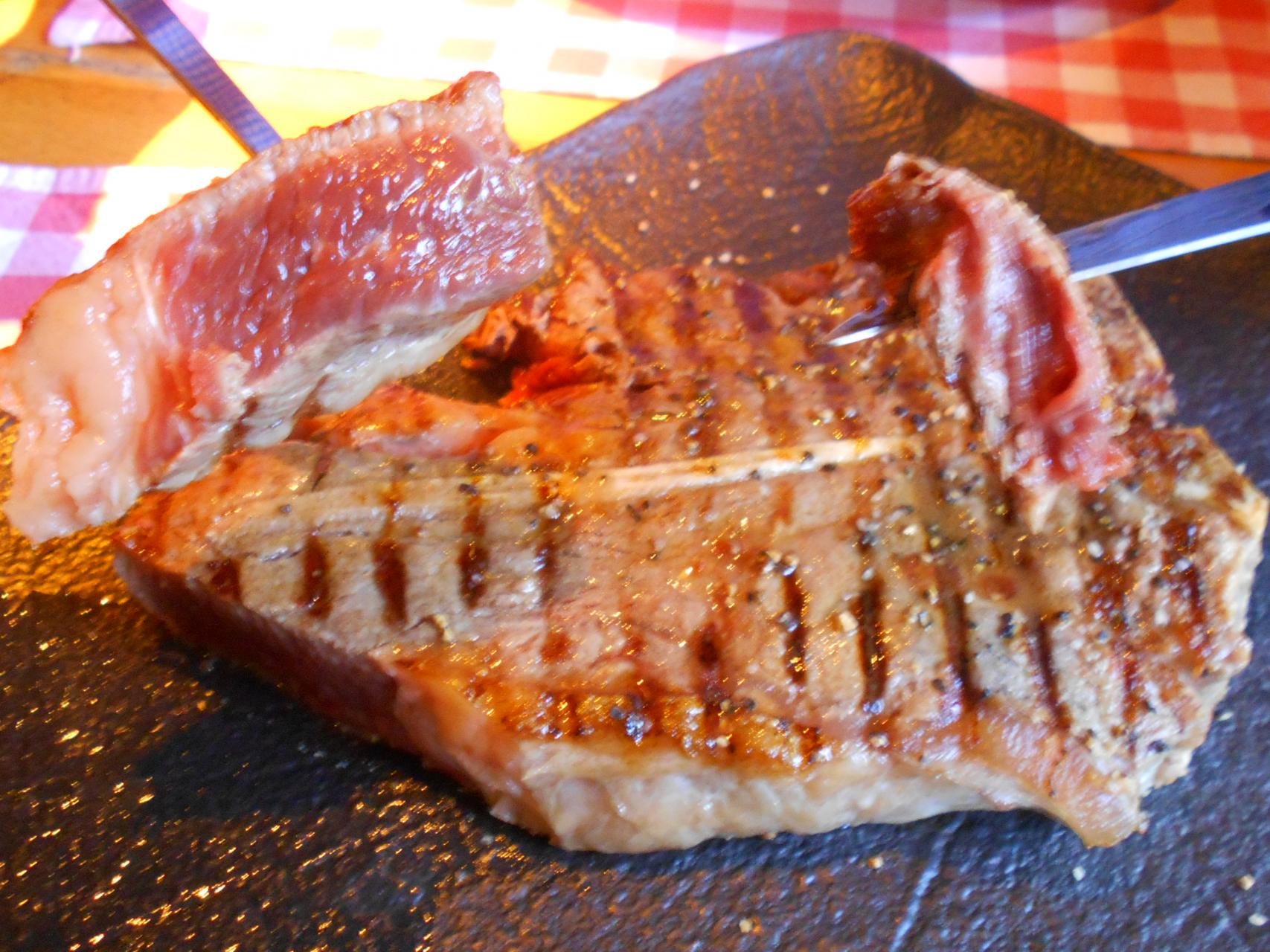 Well, we had the most delicious and tender T-bone I’ve ever eaten. When I cut through the entrecôte side with one of my new stiletto-type steak knives, it was so soft I thought it must be the fillet steak side — but it was the entrecôte. It was beautifully rare (as you can see in the little slice in the picture) and it was very. Sheer perfection. That was why I rated it 10-out-of-10.

When she took the reservation on the Monday, the manager had asked for my surname, but I never give it in case someone recognises it from seeing my byline in Ultima Hora…I prefer to conceal my identity.

But when the manager came to clear the table, I told her that I write about food and restaurants and that a review would be appearing in the Bulletin. 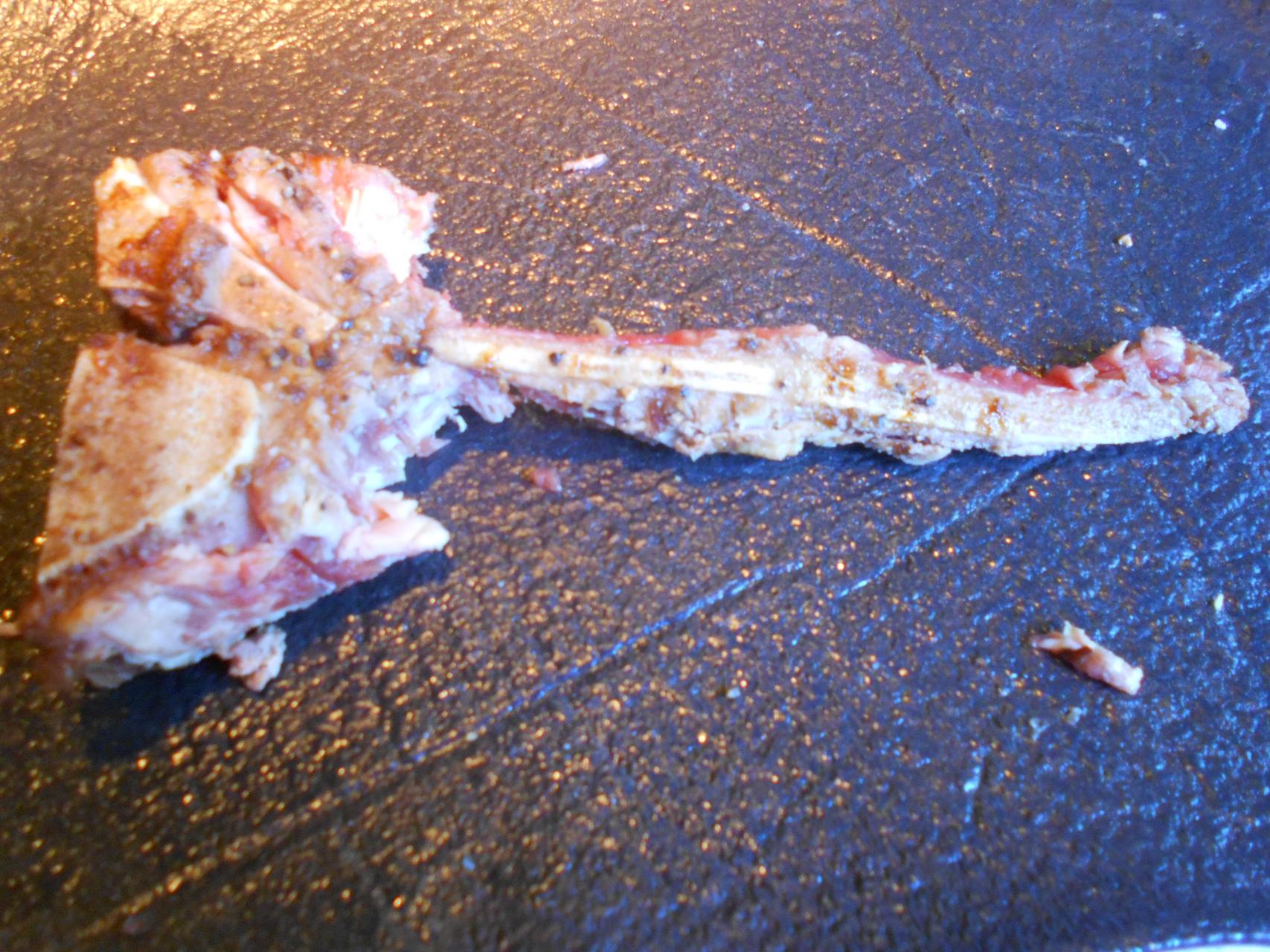 She smiled immediately and said: “Now I remember you — you were here to have very pink lamb.” She wasn’t a new manager, she was the previous one, but the new hair style and change of colour (plus the face mask) completely changed her look. I then noticed her name tag and saw ‘Loló Barba’, immediately recalling the unusual first name. 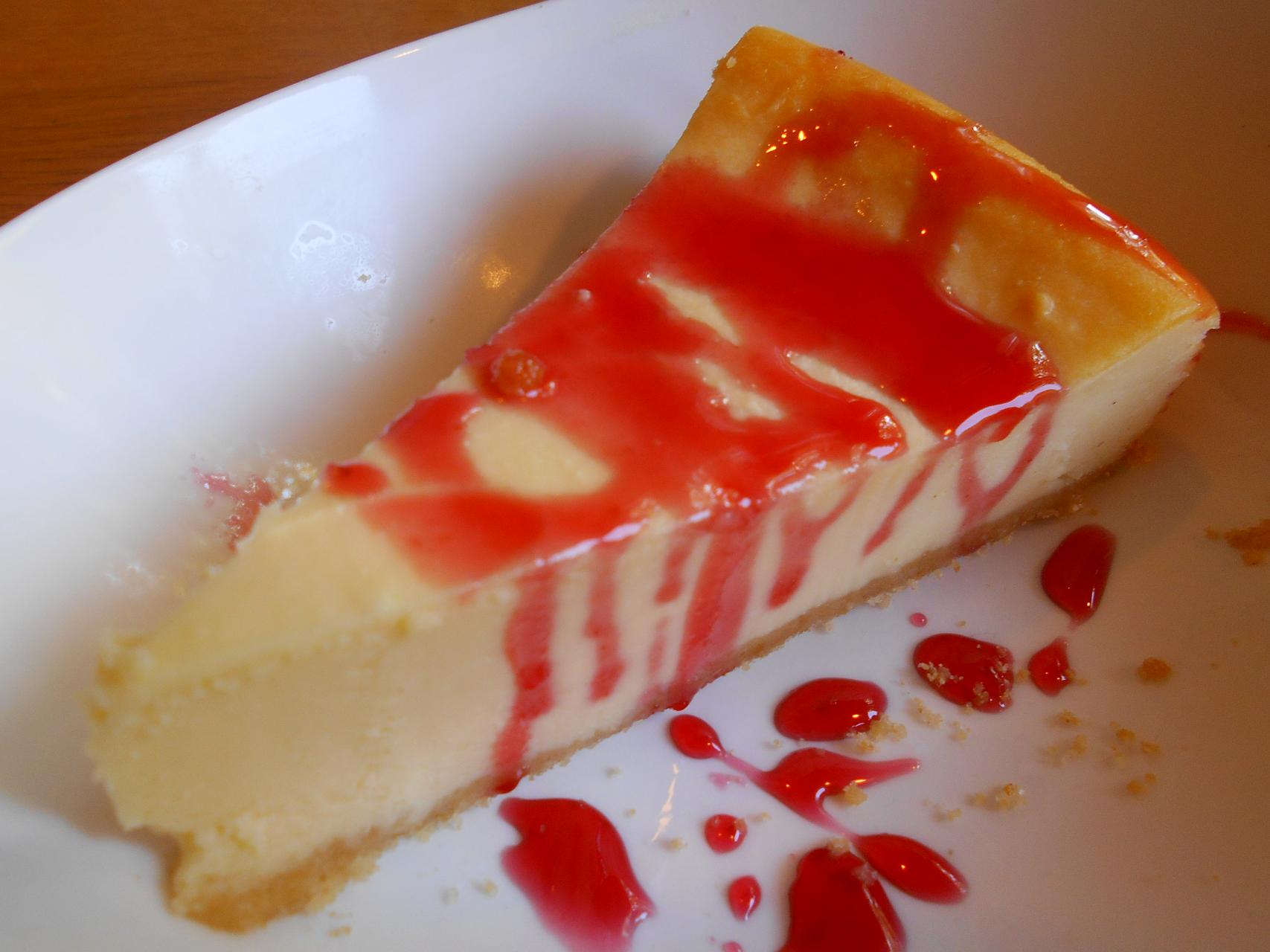 We had a nice little chat about that most memorable pink lamb and also about the T-bone we had just finished. Most of the meals I have aren’t as nostalgic as that. I wish they were.

Consistency is a quality that frequently goes astray in some restaurants — even the best of them. But in my experience, and from what friends tell me, one of Blockhouse’s many virtues is that you can rely on the high standard of the raw materials and the kitchen staff’s culinary know-how.

Beef is always well aged, tender and tasty and when you ask for something to be done rare, it is cooked exactly as you want it.

I value that kind of excellence, which is why the T-bone received a 10-rating. But because Blockhouse has its eyes very much on the ball, one also has to make note of those few occasions when it miscues.

The french fries were a bit anaemic (golden is the preferred colour) and the €3.70 for a caña is a bit high for a place that doesn’t use tablecloths and provides paper napkins. 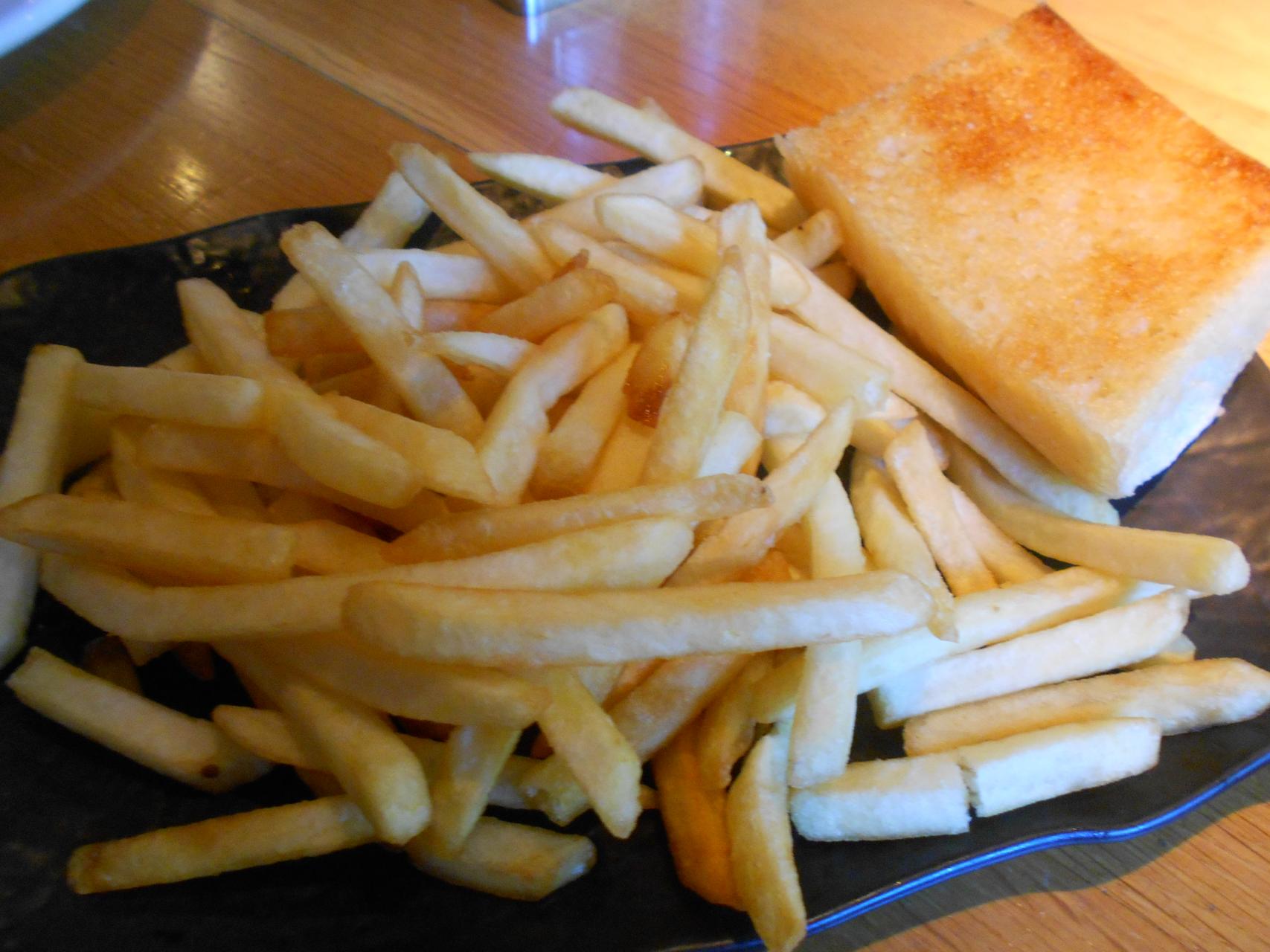 But I’m not complaining too much. I go there mainly for the lamb and the beef and they’re perfect.

Blockhouse, Paseo Mallorca, Palma. Tel:971-434170. Open every day for lunch and dinner. You should make a reservation if you want a table on the terrace or beside one of the windows in the interior dining room.

Was the Viña Ardanza your choice or theirs ?